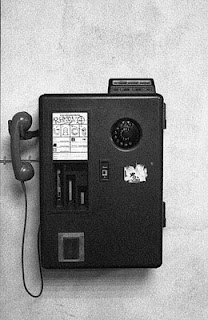 "The coin-operated telephone at the Ratinger Hof. A piece of art in itself."

Thanks to Ralf Zeigermann for kindly letting me duplicate his photography here. Palais Schaumburg's Telephon would be the obvious soundtrack of choice, I feel...

So, this post is here to drum up some information/ opinions on the following records, all German, and from those experimental years before mainstream hits and other inconsequential pop took over. These are the last few bits of early Neue Deutsche Welle related vinyl I'm interested in, so any help would be greatly appreciated. Given my taste for minimal synth and the more bizarre, my question is: are any of these Mein Walkman worthy? Anyone can comment, and in any language, as long as the Google translator accepts it (you can email if you'd prefer). I might have to leave the blog hanging on this one to get the replies...

PLASTIKTANZ- Wir Sind Rein 7" 1981
Worth the £40-50 it now goes for? Obviously not, whatever it sounds like, but I wouldn't mind knowing how good it is, or even hearing a sample would be nice...

QUICK CULTURE- s/t 46 RECORDS 12" 1982
Another expensive rarity someone must have (Tom Dokoupil involved). Actually any good?

KOTZEN UND ERHÄNGEN- Kotzen/ Erhängen 7" 198?
Interested to hear if anyone knows anything about this one. Very mysterious all black p/s, with just the name in white on the front and a full stop on the back. Very ooh er...

HOLGER HILLER/ WALTER THIELSCH- Konzentration der Kräfte 7" 1981
I know these two collaborated as Ha't Vo'i for ZickZack but I've never heard this one, so does it sound similar?

METARMORPHUS- Nex LP 1983
A privately pressed Kurt Dahlke and Frank Fenstermacher project, apparently. If it's anything like Wunderland I'll forget all about it, but I'd still like to know... 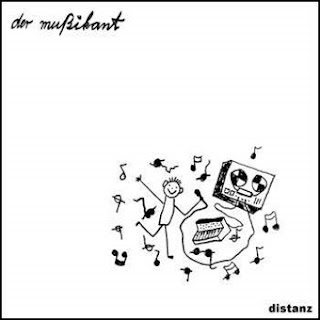 Distanz collects various Der Künftige Musikant, Der Lustige Musikant, and Der Zünftige Musikant tapes, together with the infamous Veitstanz 7" on one handy CD release of last year. It's certainly one of the best if not the best Kassettentäter reissue yet, partly because the distinctive Der Mußikant sound gained such a wide cult following, firstly with the chosen ones and secondly with the boot camp, and partly because the originals are now long gone and deteriorating. What's more, if you grew up on ZX Spectrum cassette games, you'll love this! Unfortunately the CD can only restore to preserve, in this case, giving little sense of how the original packages and products were tantamount to the original recording medium; neat, bouncy, electronic keyboard rhythms (Korg MS20, MS10, Minimoog, perhaps a Casio) put to tape and complimented by cute, pocket-sized Xeroxed package designs, both done on the cheap, with this slight threatening air of menace in mood and lyric to reflect that rather illusive, freakish nature of its own recorded medium (plus the fact it becomes a punk artefact, product of the underground, scrap, the German underground). But now digitally remastered for CD, all cobwebs now cleared.

I believe the Musikant output was predominantly the work of one Rolf Schobert, also a fanzine writer and in various punk groups, one of them called Heute with Georg Alfred Wittner. GAW looks to me a man who, judging by his website, plays some very wacky film and TV roles indeed, even maybe showing up on Eurotrash once or twice with a face like that, I don’t know (did Antoine De Caune really write Magma's biography?). Anyway... all the Musikant releases were on Schobert's and GAW's Bu Bu Musikverbreitung mailorder label. Certain moments sound like alternative soundtracks to Hammerfist, Turricane, Paradroid 90, or those rehearsal moments in Rock Star Ate My Hamster on the Amiga, where you'd manage a pop group in order to score a number one and win the game, but programmed an impossibility, which of course no one knew at the time. Last of all, I’ve heard there's even some video footage, like 4-6 minutes worth from 1983, of GAW and Der Künftige Musikant in Heute, directed by Thomas Balzer, but tied up in Frigo's video vaults in Lyon, I think. 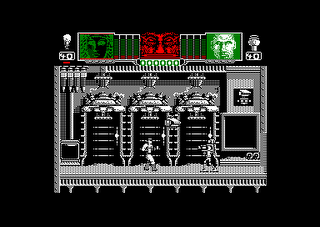 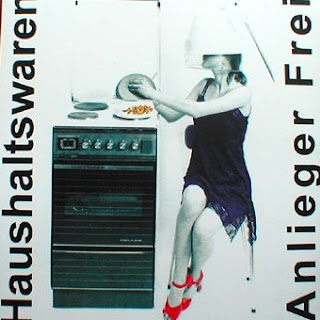 In the same way cultural landmarks like the Dom cathedral were subverted by Radierer and Siluetes 61, partly as a means to get Limburg's alternative music scene on the map, it ended up being the sleeve designs for the Beethovens Rache samplers from the late 80s doing the same for groups from the University city of Bonn, with their tasteless depictions of Beethoven as punk caricature, or the famous Beethoven-Haus being ransacked by toerags in cartoon. See Gaukeli's old page for the scenes in Bonn and Cologne, further north. Again, it's the man behind Blechluft and the Gaukeli tapes to introduce the old and new generations to these overlooked regions and the groups they spawned, particularly from the cassette underground, which is seen as either a small contribution to an already overcrowded underground post-punk, or on a separate plane altogether. To assume this was almost exclusively students hammering away on cheap Casios and selling their unfinished, half-baked, warts and everything music via mailorder, fresh off the 4-track, is a safe bet too. I think this lot were Bonn's main culprits, all aliases by the looks of it:

I learnt that the first two set up the Datenverarbeitung tapes and fanzines. They were also involved in a number of other groups and projects. For Stiev, two of these were Anlieger Frei and Haushaltswaren, and the recent Dauerblumen reissue (firstly a limited edition in 2001 and now a CDR) is another piece of digital remastering I've been enjoying as of late. These two originally shared a side each for a split LP on Stephan Werner's 5te Gangart label in 1981, a Tom Dokoupil production, apparently (everything he's been involved with adds up to a sizeable chunk of material that could take on Holger Hiller any day of the week). I think Hilsberg raised a Zappalike arched eyebrow over this in Sounds when it first came out ("New-Wave-Kabarett-Avantgarde?"). This does sound like it was cooked up from an old Dadaesque recipe book, and it's clear from the start what an acquired taste it is, especially when Anlieger Frei begin to swipe bits off the riff from Joy Division's Shadowplay for their own amusement. In fact, when it comes to Haushaltswaren, they have their own puns on the usual journalist expressions at the ready, like the one about such-an-such that packs in everything including the kitchen sink, which of course Haushaltswaren did, quite literally, sound wise.

If you search for this on Discogs, you'll find Stiev's contact address if you wish to secure a CDR copy. An original on vinyl costs an arm and a leg, like the rest of the 5te Gangart releases, unless someone can kindly sell me Pension Stammheim's LP at a nicer price? Bonn appetite. 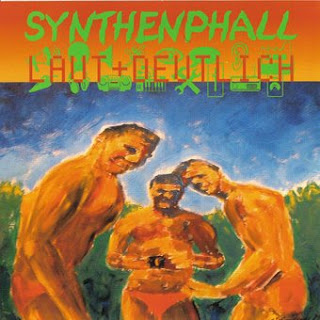 My final recommendation this month: any of the OOP WSDP reissues of old cassette releases that involved Andi Arroganti with Synthenphall, as one half of Duotronic Synterror, or under his own name/alias. Kernkrach seem to have copies of the former still available. I found the Duotronic Synterror material the most stupidly enjoyable (or enjoyably stupid), especially if your main point of entry into this stuff is with the electronics. The LP is called Zerstoer Die Welt (Destroy The World) and it's German analogue-synth superhits all the way! Actually, Arroganti looks as if he could have been the poster boy for the whole Kassetten underground. Some of the solo material sounds like pop demos with potential. Mono collects these, originally published by the Wartungsfrei tapes & fanzines in Saarbrücken, and are now available online:

Whilst on the subject, I did see the Populäre Mechanik tapes from Berlin in Franck's database and thought they'd make a nice reissue. Also, a Klar!80 sampler is currently over at Dorf Disco (see sidebar).
Eingestellt von martinf um 16:44

For long time I'm looking for SCALA 3 "Gefuhl und Harte". Please let me know where I can download this stuff.