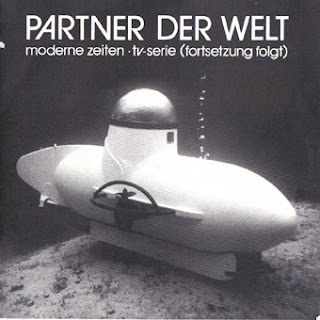 The Partner Der Welt 7" (catalogue: 280855) was the second release for Günther Mannschreck's Schreckschuss Records from Stuttgart, following the first Mannschreck EP (catalogue: 280854) from 1980 posted here some time ago. Both tracks were recorded at the Mannschreck studio in November 1980 and rushed out on vinyl in January 1981. Five group members are listed, though the names don't ring any bells. All production, text, and music is shared equally by P.D.W. and comes in the standard Schreckschuss fold out with the record tucked in, lyrics supplied. Here's the b-side: 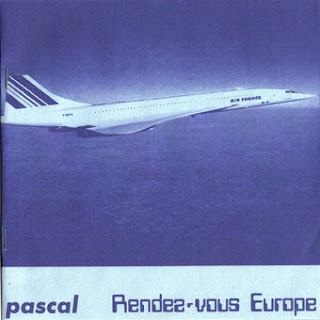 This is Pascal Renaudat's record, possibly the same Frenchman currently offering a French wine riposte to New World supermarket brands, I don't know. Günther Mannschreck helped produce it and also lent a synth for the mess about Warten auf den Walkman on the flip. Slightly further down the Schreckschuss catalogue line at number 280859, Rendez-Vous Europe was released in September 1981, and I assume everyone wanted to put out a record by that late stage, what ever the quality. No Wave style chops on this one: 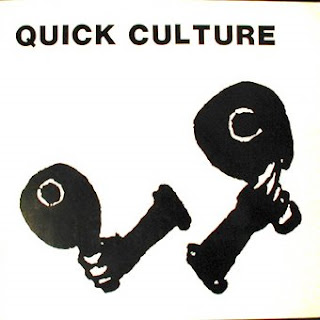 There must be more that qualifies as French post-punk but recorded outside the country. There's obvious stuff like the Euroman Cometh LP by JJ Burnell recorded during a Stranglers London session 'after-hours', various mutant disco sung in French but with either NYC, Canadian, or Italian origins, and then NDW groups such as Kein Ahnung, Liaisons Dangereuses and Quick Culture ditching the German every so often or altogether. I finally got my own copy of this recently & feel like doubling up with the Brotbeutel post. For those that love their cult 80s dance music there's two tracks on here that should not be overlooked:

What I like about this one: the name, the pace, the occasional noises of what sound like car horns, and especially the nudge-nudge wink-wink factor of its creators knowing its style would soon be hastily dismissed as old news in no time by some media twit. The rest of the 12" was linked via the Cubs entry not so long ago. I must thank Martin for resurrecting this one! 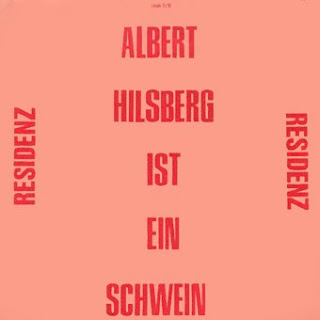 This one acts as a swift cane whack and tip of the top hat to some likely candidates in the firing line at the time (er, I assume), all in the style of Pinky & Perky (and maybe a bit of Stockhausen, er). It's a charming record. 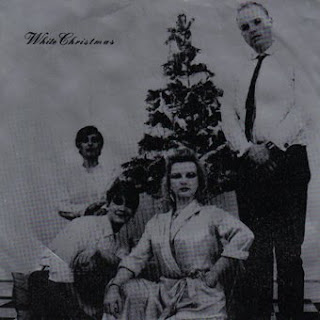 Time to wrap things up with the Deutschland No Wave adventures here at Mein Walkman with an Xmas NDW record. In December 1980, the subscribers of the German Sounds magazine got this free, the line-up being one Frieder Butzmann, two Mania Ds, and a Die Tödliche Doris (Tabea Blumenschein) in einem Birnbaum! They at least make the point that Christmas records are clumsy, a bit of a drag but even so I'll spare anyone reading their version of Irving Berlin's White Christmas, it's well gloomy. In fact, Stille Nacht Goes Disco is no better. It was originally a German Christmas carol (Österreich) written by the Austrians Franz Gruber & Joseph Mohr. This may or may not be the same version by Mania D at the end of the Ghosts Of Christmas Past (Remake) LP put out two years later on Les Disques Du Crépuscule. Of course, in punk a traditional hymn would be ripped through and spat on ("Schlaf in himmlischer Ruh!") a la Yobs, but in post-punk terms they'd throw paint and turn the song upside down, inside out. Silent Night then ends up sounding completely left of centre, off key, and out of time. Amateurs!

Stille Nacht Goes Disco
http://www.blogger.com/img/blank.gif
Anonymous said...
What is the name of the artist? Is it "white christmas"? Give us more NDW, i am re-energised! GOOD BLOG!

QUICK CULTURE IS BOMB! I wish the download links here are still active! Thank you.

It would be great if you could please repost the links to these.