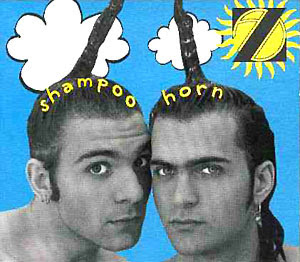 
The story behind this weird tune is... I just got this cool purple fretless guitar and I was messin' around with it before Terry arrived. When he got there I showed him the structure and away we went – live

nicht schlecht, der specht! but - is it punk?

Same feeling about dorfdisco, those doors have been shut down for a while already..., it was a loss. A Fix Planet post would be great! Isn't that the comp with Esplendor Geometrico's "Moscú está helado"? Always wanted to hear that (?) tune (?)
Oh, about Terry Bozzio... that name rings a bell... wasn't he on Missing Persons or something alike?