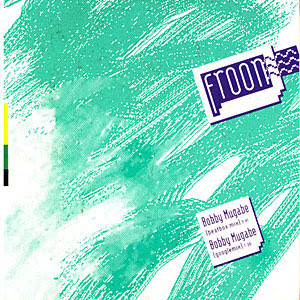 Recently I've been downloading some African music from blogs like matsuli music, ýlowek scavel-cronek and of course awesome tapes from africa. So it's time give you something back and this my idea: "Bobby Mugabe" by Froon.

Well, it's not really African music as Froon came from Berlin and shared members with Spliff who were formed from the ashes of the Nina Hagen Band who released a track entitled "African reggae" on their second album which critizies the tradition of female genital cutting. And the idea of writing a song with the lyrics Bobby Mugabe, Boss of Zimbabwe, where do you go from here, Bobby Mugabe, Boss of Zimbabwe, someone is whispering in your ear isn't a good one if you know what's happening in Zimbabwe right now. But this song was written 20 years ago, when people still believed that black leaders could be better than white colonialists. Well, time has proven that all leaders should be shot whatever the colour of their skin might be. Also I wonder if The Artist Formerly Known As The Symbol ever sued Froon for sampling him ;-)